Since 1969 the Society publishes the Series “Abhandlungen des Deutschen Palästina-Vereins” (ADPV – Monograph Series of the German Society for Exploration of Palestine).

ADPV published by Harrassowitz publishing house, Wiesbaden/Germany. Single volumes can be ordered in bookstores or directly via the website of Harrassowitz Verlag. Please note that most of the following content is available in German only. 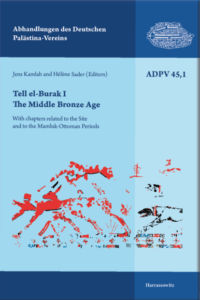 A unique Monumental Building dating to the early part of the Middle Bronze Age (ca. 1900–1700 BCE) was uncovered at the southern Lebanese coast by the joint Lebanese-German excavation project at Tell el-Burak. The impressive architecture of the building was exposed in eight excavation seasons during the years 2001–2011. Inside the largest room of the Monumental Building (Room 10) the excavations brought to light the discovery of Middle Bronze Age mural paintings in situ on lime plaster covering the inner faces of the mud-brick walls. This volume consists of the final publication of all excavation results concerning the Middle Bronze Age at Tell el- Burak (Area 1 and Area 2). It furthermore includes an introduction to the joint Lebanese-German excavation project, chapters relating to the site, and the final publication of the excavated remains of the Mamluk-Ottoman Periods in Area 1. The Tell el-Burak publication series will be continued within the ADPV series by volumes presenting the Iron Age results of the Lebanese-German excavation project.

A Brief History of Jerusalem

Archaeologically, Jerusalem is one of the most intensively researched cities in the world. Nevertheless, the architectural history of the city resembles a puzzle of which only a fraction of the pieces are known, which, in addition, belong to different historical levels. Since 1838, numerous archaeological investigations have taken place. The most important breakthrough discoveries were made by the excavations of Kathleen Kenyon, Benjamin Mazar, Nahman Avigad and Yigal Shiloh. Although all four have only published preliminary, roughly sketched initial reports, on the basis of their results an overall picture of the pre-Hellenistic history of the city was developed in the 1970s and 1980s, possessing an almost canonical status for a long time. The final excavation reports have only been published in recent years – still incomplete – and show findings which do not fit into the established overall picture. Added to this, there have been new excavations, especially by Ronny Reich, Eli Shukron, Doron Ben-Ami, and Yana Tchekhanovets, which are likely to call the current overall picture into question even further. Therefore not only survey-archaeological investigations into the settlement history of the western Jordanian hillcountry and the re-adjustment of pottery chronology, but also and especially these new findings in Jerusalem itself make a revision of the conventional overall picture necessary. This »Brief History of Jerusalem«, under critical discussion of current attempts, creates a synthesis of the findings in order to present a new paradigm for discussion.

Reign and Religion in Palestine

The Use of Sacred Iconography in Jewish Coinage

Ancient Jewish coinage is one of the few material sources offering detailed insight into the political developments taking place throughout a specific period of ancient Jewish history. Jewish coinage was minted and issued in Palestine, alongside a number of other local coinages, almost consistently between the fifth century BCE and the early second century CE by a number of different Jewish authorities. The nature of these authorities varied greatly throughout time, and they increasingly and quite differently used this medium, which was gaining importance as a public propaganda tool, to communicate political messages. Accordingly, the visual appearance of the coinage was subject to continuous alterations.
In this book, the iconography of the Jewish coinage as a whole and especially its sacred content is examined in order to shed light on the identities of the issuing authorities, their motivation and the political messages they wished to communicate. As religion was a highly complex aspect of the Jewish interrelations with other cultures, the utilization of sacred iconography is not only a precise indicator of cultural-religious affiliation, but also of cultural-religious changes occurring in the Jewish world. This allows insight into the political developments of the Jewish world between the late Persian period and the end of the Bar Kokhba war 135 CE as well as into its changing position within the contemporary world. 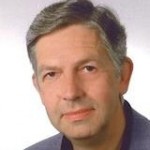 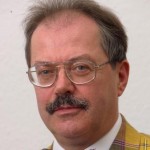